Due to the introduction of the new Fleet maintenance areas and our IR alignment, together with the 2 year election cycle, we are seeking nominations for the election of territorial reps in these areas.

There are 5 territorial rep’s positions due to be filled covering workshops in the following areas:

For ease of reference we have listed below the workshops covered by each area along with the corresponding CWU branches. All candidates must be supported by their own branch. 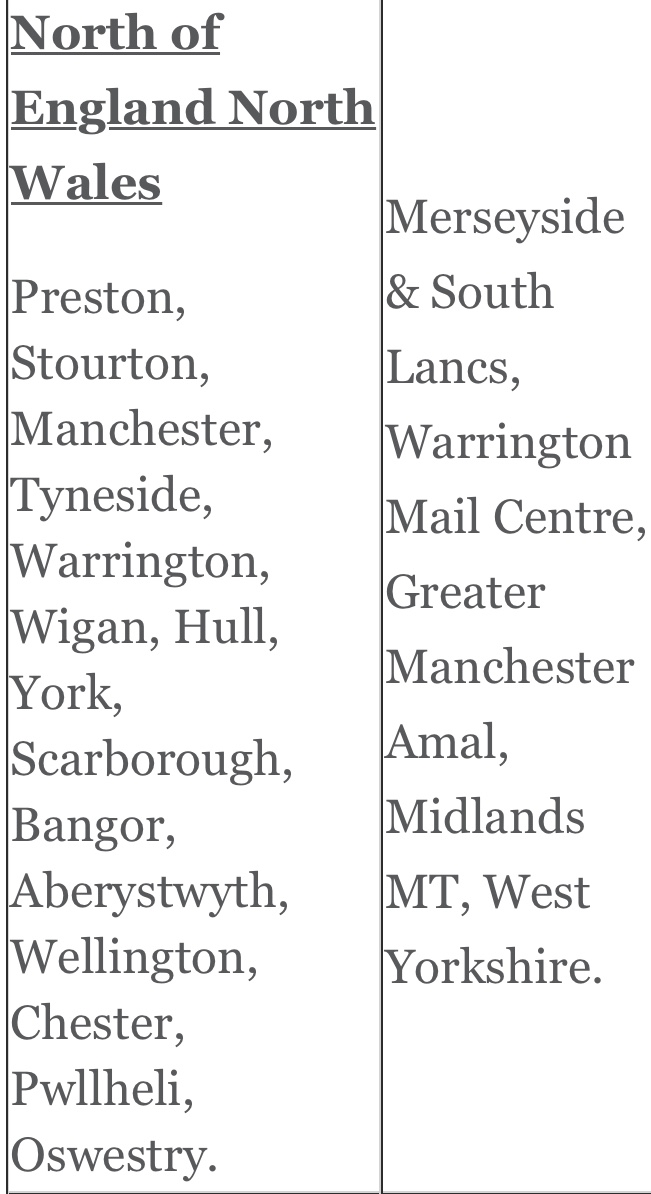 Nomination forms for all of these positions are attached to this LTB. All candidates must have the nomination of their own Branch and completed nomination forms must be signed by the Branch Secretary and Branch Chair (or accredited deputies) and the nominee.

The time table for the submission of nominations is as follows:

In the event that a ballot is required, a timetable will be notified in due course with all ballots being run in accordance with the CWU guidelines for Fleet Maintenance Territorial Representation which is attached for your information.

All enquiries regarding the content of this LTB should be addressed to the PTCS Department, quoting reference 220. Email address: khawkins@cwu.org